Act now and get $100 off retail by pledging for your own glasses pre-order +An extra $10 off the 1st pair! Go for it, you’ll be glad you did. Pledge by choosing an option on the right! Thanks! → 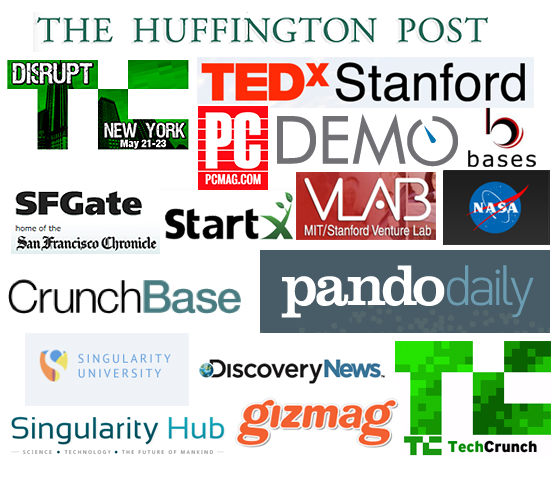 The Problem:
Recording video or taking pictures is clunky.  You have to pull out your smart phone or your video camera, and hold it up. This immediately causes you to lose the use of your hands, and makes the entire situation you are recording clumsy & socially awkward.  What if you could just touch a button on your eyewear and instantly start recording from the perspective of your eyes instead?
The Solution:
Our glasses will record and stream 1st person point of view, and have “magic-glass” (chromatic shifting conductive glass) lenses for an instant on/off “electric powered sunglass” feature.  You can stream into mobile apps and share across social networks like Facebook, Twitter and YouTube, or plug into your computer to socially share the experiences you recorded while you recharge.  It’s a consumer electronics fashion accessory designed with technology to enable cool new social video and new electric sunglasses lens capabilities while being fashion-forward and stylish in the process.

Here are some work in progress frame styles fashioned after the classic yet edgy beatnik James Dean, Buddy Holly, Clark Kent styles that are geeky yet rebellious, stylish, and sci-fi comic-book superhero, all at the same time.  We designed these and produced these frames in house and fabricated them using our MakerBot 3D printer!  Fun.  The glasses will be produced and branded under our newly established eyewear brand, Epiphany Eyewear!

YouGen.TV: Record & Share Your Own Point of View on the Web & in Apps.

Our web sharing site, YouGen.Tv will enable users to create social profiles and share 1st person POV “experiences” as their real “life memories”  onto Facebook, Twitter and other social platforms, from the same perspective, and point of view as they experienced them.

The video from the glasses will be available via our SDK for mobile devices so that other mobile app developers can have access to the video from the glasses.  This will be great for other apps that already do Augmented Reality or Social Video sharing.  Our goal for the YouGen.Tv app and website is to integrate with other  apps and wearable computers that either use or output 1st person POV social video.  We also plan to have time-synchronized data that can be loaded with the video — for example, if you post an update to facebook or you tweet on twitter from the mobile app, then those updates can pop-up in the video at the actual time in the video when you posted! Or if you wear products like the Nike Fuel or Fit Bit, with embedded sensors that output biometric data, we can synchronize this data together, with the point of view videos; such as calories burned, miles walked, pulse, body temperature, and more!  Our goal is to create an “experience-sharing” web-platform, where people can share their best “experiences” as persistent memories with friends, family, and the ones they love — and we believe “experiences” will become much more than video alone.

The data captured from someone’s first person perspective will be incredible for learning and seeing from other people’s perspectives.  Imagine all of the things you see, and that you could do to teach people — based on what you do and see every day, while simply recording yourself doing the things you already do! Imagine the potential for education!  You could even sell subscriptions to the videos you upload from your life-stream for others to learn from you.  Everything from recording a professor’s course lectures and sharing in real-time, to a mechanical engineer fixing a complex electric engine.  Anything that requires your hands can now be easily captured with our simple friction-free fashion-forward stylish eye wear product.  We believe the future of computing is “hands-free” and directly “wearable” experience, and this is the first step towards getting there. A world where everyone will have access to the information and the experiences they need directly within the context of their own reality and perspective; while simultaneously having the ability to record and share their own perspective for others to see.  We believe this will raise the overall level of human empathy across the world so that everyone is able to see things more directly from the validity of other people’s point of view.

Social video glasses will give people the ability to understand and quantify each other better. We believe that the quantification of self and the maintenance of self-identity is a critical step for the efficacy of the future wearable, near-ocular eye-glasses computer.
Below is an snapshot of real-time identity recognition software we have running on one of our early stage prototypes. This app processes video in real-time from the reality around you, and uses computer vision to recognize faces. When a face is detected, it crops the pixels, and sends them to a cloud service, using your facebook friends to look up the identity of the person.  So, in other words, this app can recognize, remember and remind you of who your friends are (just in case you ever forget and need a polite reminder).

Thank you for your support!  Please forward this project to all of your friends, post it on email lists, web forums, share on facebook, twitter and google plus, talk about it at lunch!  🙂  Thank you so much; we look forward to creating an incredible future together with you.

PROJECT UPDATE!  Because the project is going so well & we believe in giving back, and our project hit the 50k goal so quickly! We will now donate $1 (for every single extra pledge) to one of the following organizations:

Message us when you make your pledge with which charity from the list above you’d like us to donate, if you don’t message us, we will choose!

Erick Stephen Miller the founder/CEO has been called a “Renaissance Man” due to an insatiable desire to innovate and his tendency to mix art and technology. He’s also an MBA from UCLA and National University of Singapore with over a decade of experience in hands-on computer graphics.  Miller brings to the table over 10+ years professional experience at companies such as Disney, Digital Domain and Sony. Erick has written many complex 3D software systems as a Technical Director, authored 5 books, is published by the ACM, and has managed multi-million dollar software projects in the context of Technology Management. Erick has also sat on several review boards, including Autodesk’s CTO council and the ACM’s unified jury where he’s been a Siggraph Session Chair.

Jon Rodriguez is the Chief Science Officer, and a Stanford Computer Science Engineer (with honors). When starting Vergence Labs, Jon was the same age as Steve Jobs when he teamed up with Wozniak and founded Apple. Jon already has invaluable professional engineering experience at hot web companies like Qik and Facebook. Jon is also an active mechatronics hacker and a self proclaimed trans-humanist.  Jon was teaching himself advanced algorithms and AI programming in grade school, and by the 8th grade he had programmed a six-legged robot to adapt to hardware injuries by evolving its own motor control code. By the 12th grade, he created a long-range infrared sensor for search and rescue robots, won an Intel competition and met Craig Barrett, who was the Chairman and CEO of Intel!  Jon and Erick recently had the privilege of meeting Craig Barrett — he was super cool and even tried on our prototype electric eye wear!

Craig Barrett, the world-recognized technology executive, and former Chairman of the Board and CEO of Intel, trying on our electrochromic sunglasses!
Jon and Erick’s professional experience includes companies such as: Disney, Facebook, Sony, Quik, Digital Domain (and more).